The two basic coordinate systems utilized to describe the vehicle’s motion are: a) the B Body-Fixed-Frame (BFF), which is attached onto the Unmanned Aerial Vehicle’s (UAV) Center-of-Mass (CoM) and rotates & translates along with its motion, and b) the W World-Fixed-Frame (WFF) which is commonly assumed as a flat earth frame. Those are visualized in Figure 1 below. 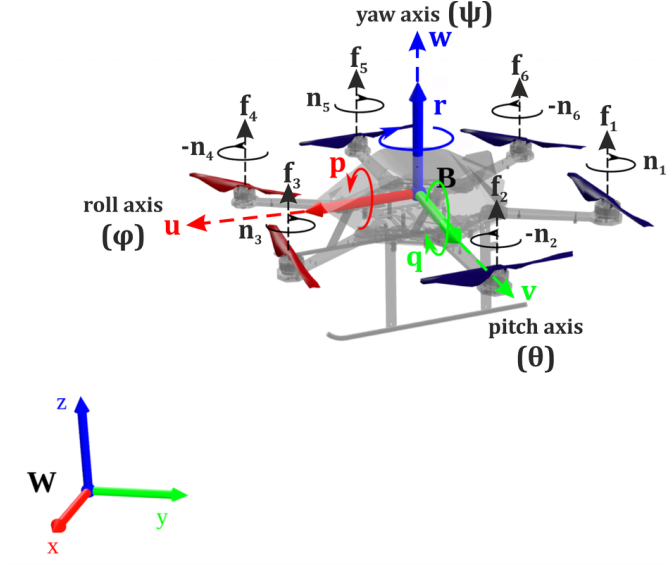 Figure 1: Coordinate frames used for the modeling of the Micro Aerial Vehicle and forces acting on it.

The baseline state variables for the multirotor MAV are:

The rigid-body [1] approach is typically followed to derive the dynamics of multirotors: The aerial vehicle’s structure (as well as the propellers’) is supposed to be rigid, and the BFF-origin is selected such that it coincides with the CoM. The active forces and moments (either by external sources such as gravity and aerodynamic drag, or generated by the multirotors’ actuation authorities) are then appended onto this rigid-body of total mass and moment of inertia [2] matrix J .

The Newton-Euler [3] formulation connects the sum of all forces and moment with their effect on the evolution of the aerial vehicle’s BFF rotational ω and translational states v. Maintaining the most significant phenomena, a hexarotors’ dynamics take the form: 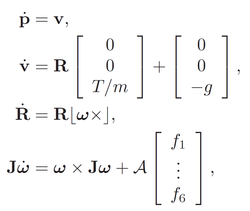 where g marks the acceleration of gravity,  T=Σfi  is used to mark the sum propellers’ thrust, and the operator |x|  marks the skew symmetric calculation. The rotation matrix R (which lies in SO(3) ) represents the orientation of aerial vehicle. The matrix A maps each i-th rotors’ thrust to a generated moment around the rotational axes of the BFF for equal arm lengths l as in Figure 2 (sx,cx  stand for sin(x)  and cos(x) respectively):

The geometrical reasoning behind the structure of matrix A is shown in Figure 2. 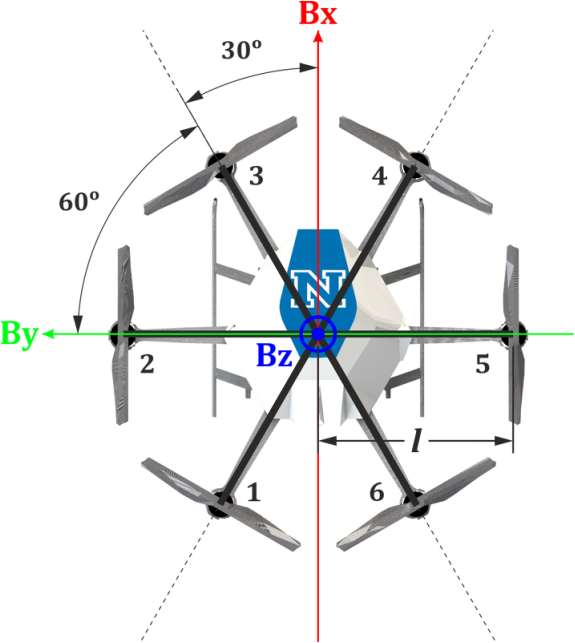 Figure 2: Configuration for a multirotor aerial robot with n=6  rotors.
Less significant phenomena are typically neglected for such an aircraft class and size, especially in slow-speed near-hovering operation. As an additional point it is mentioned that for the rotating propellers (considered rigid and with a moment of inertia Jpzz around the rotation axis), gyroscopic precession introduces the gyroscopic moments expressed in the BFF:

the sum of which becomes negligible for a non-aggressively hovering symmetric multirotor MAV.

Finally, the aerodynamic friction due to the body’s rotational and translational motion through the air can be approximated by the linear model:

with Λu, Λω  diagonal matrices, such that these relationships reflect the fact that the forces and moments contradict (and effectively damp) the aerial vehicle’s current motion.
References
Further study
Note: This Section was prepared in collaboration with Dr. Christos Papachristos.
Proudly powered by Weebly